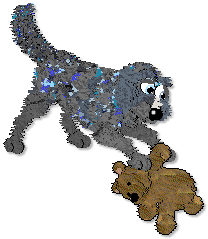 Gender: Female
DOB: October 28, 2012
Hexer: Andi @ Cirrutopia
Comments: Aletta was part of a freebie litter Andi put
up after a hurricane stormed through the East Coast
(I forget which one). I love everything about her, from her sparkly
blue markings to her mismatched blue eyes and poodle ears <33

Gender: Female
DOB: February 19, 2013
Hexer: Georgie @ Writtle
Comments: I love this dog, with her big ears, green eyes
and brown coat and that adorable two-toned nose. She's so
unique and features some of my favourite petz colours. 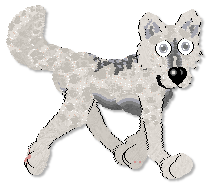 Gender: Male
DOB: May 25, 2013
Hexer: Daveena
Comments: Omg this dog <333 I was beyond excited when
I logged into PUGS and found I was in time to get him from Daveena's
PUGS shop. I just adore this dog, his greyscale colouring is so striking
and those huge paws <33 So thankful that I was able to grab him! 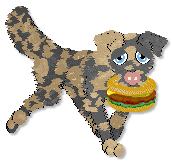 Gender: Female
DOB: May 31, 2012
Hexer: Me
Comments: I had this idea to hex a tortie marked dali so I did!
Hailie has been shown sparingly in PKC companion shows and
is pointed there. She's one of my favourite tortie combos. 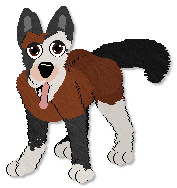 Gender: Male
DOB: July 30, 2012
Hexer: Me
Comments: I love my boy, he was hexed off of a horse I used
to ride so he has special meaning to me. He's so funny and goofy. 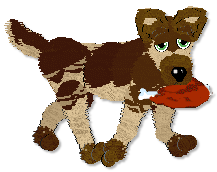 Gender: Male
DOB: July 18, 2012
Hexer: Dew
Comments: When Dew PM'd me and asked if I'd like to trade
I was super thrilled that she was willing to hex me a custom of her
KapiKapi Lab file. This file is just so unique and I'm totally in
love with Keino. He's such a fun boy and he's some of my favourite
colours as well! 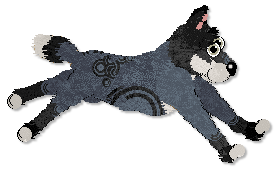 Gender: Male
DOB: November 4, 2012
Hexer: Me
Comments: Yes, another one. I just like hex painting Dalis
okay! He'll eventually be registered and shown in the PKC as well.
I think I found an new favourite eye colour...

Gender: Female
DOB: December 9, 2012
Hexer: Kika
Comments: omg she's so little and cute and fluffy and she's a SHEEPIE!!!
Does it get any better than that? She makes me squeee every time
I bring her out. And look at that green tongue, how cool is that???
Back